Reality star, Kim Kardashian West put on a racy display for her fans as she stripped to her underwear in new Instagram photos

The 39-year-old mother of four appeared to be wearing just her underwear, underneath a pair of cowboy-style white leather chaps as she posed alongside a luxury car in the photos.

She wrote in her caption: ‘all dressed up with nowhere to go.’ 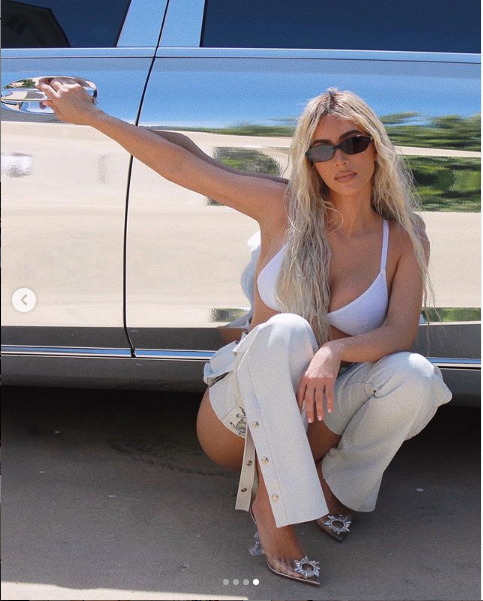 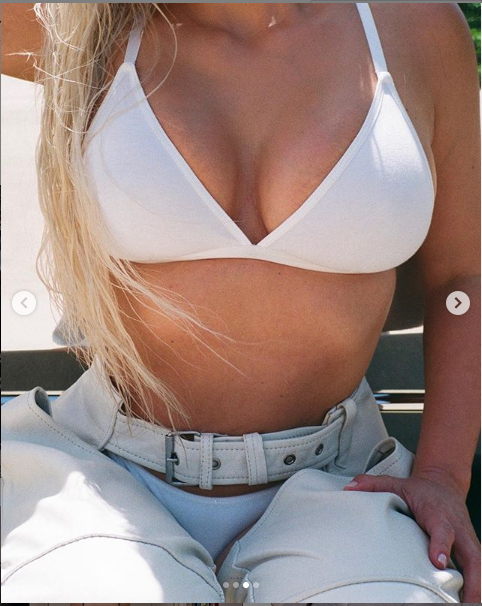 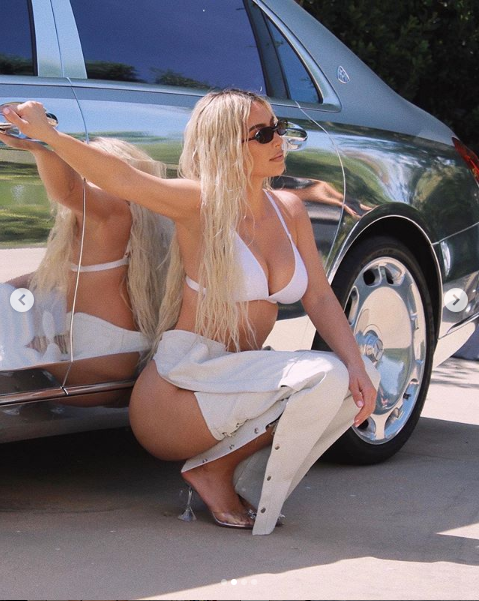 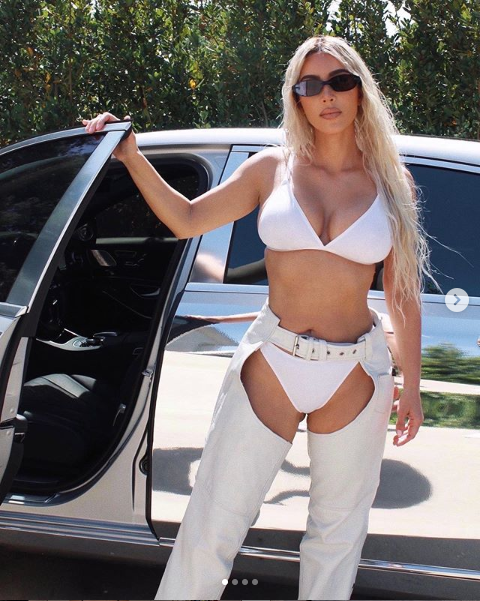