The Nigerian Police Force has made an important announcement to applicants with tattoos and other suspicious body marks as regards to its 2018 recruitment. 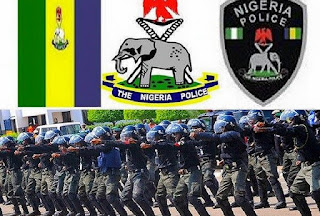 The Enugu State Police Command has said that applicants with tattoos or suspicious body marks seeking for police jobs will be automatically disqualified.
The command’s spokesman, Ebere Amaraizu, disclosed this in an interview with the News Agency of Nigeria (NAN) on Wednesday in Enugu.
It would be recalled that President Muhammadu Buhari recently gave approval for the immediate recruitment of 6,000 police officer to beef-up security in the country especially in the North-central states where suspected militia groups have been operating.
Consequent on this, police commands across the country on Monday began the process of recruiting qualified Nigerians into the Force.
Mr Amaraizu said that the exercise had been hitch-free with applicants from the 17 council areas in the state divided into the five working days of the week for effective coverage.
The command spokesperson, however, said that he did not have the total number of applicants to be screened in the command but insisted that applicants must first undergo physical appearance screening and certificate presentation.
He said that the applicants would also undergo extensive medical examinations, body mass and height index measures as well as sight check.
“Our psychologists are also on the screening venues to examine the applicants psychologically in order to know their emotional status.
“After the screenings, we send them to the JAMB bio-data capturing section, where they would be captured for the JAMB Computer Base Test (CBT).
“The JAMB’s computer based test for the applicants nationwide would come up as soon as state commands conclude their basic screenings,’’ he said.
Over 100,000 applicants nationwide applied for the police job for which only 6,000 would be taken as directed by the president.
(NAN)
source: https://www.tori.ng/news/95970/police-recruitment-force-official-speaks-on-applic.html